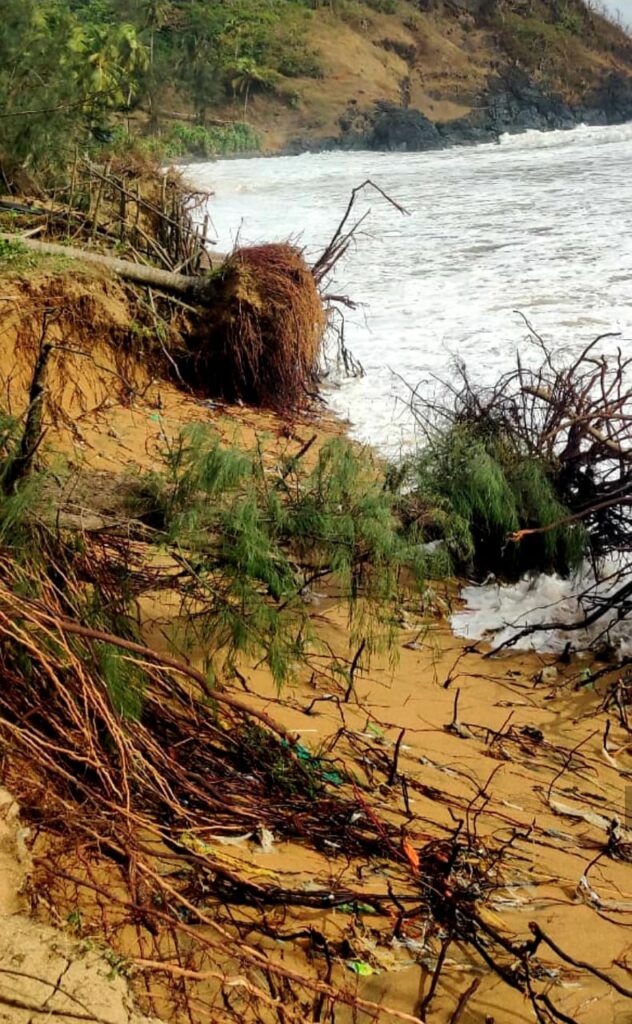 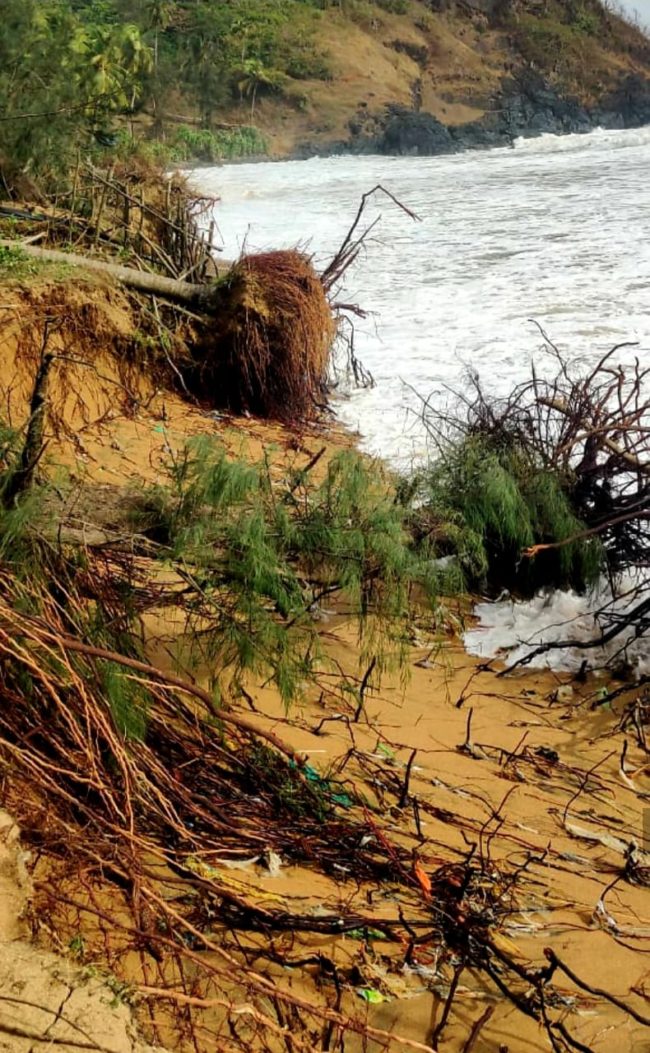 Goemkarponn desk
Canacona.
Very few people know that, at the extreme end of Goa there is a virgin beach with blue waters and white sands, with all the attention focused on the more popular beaches of Canacona, the Polem beach today lies in a devastated state from the battering it received from the high

velocity winds and the huge waves that struck the beach for two days in a row since Saturday.
Laxman Raikar a septuagerian has a major stake of the land here, and he woke up on Monday to see most of the coastline together with the coconut trees that added beauty to this beach washed into the sea.
Speaking to Goenkarponn over the phone he was

literally sobbing to inform that even after his efforts to draw the attention of the authorities to build a retaining wall to save his land being washed away the authorities didn’t even once come for inspection he said.
About half an acre of his land on the sea shore has been washed away into the sea, over 40 coconut trees have got uprooted and fell on the ground, the force of the waves was so huge that many

coconut trees were sucked into the sea Raikar informed.
The coconut trees together with the casurina trees acted as a first line of defence, with all of them gone more land is now exposed to the vagaries of nature he added.
Apart from losses to Raikar many locals have also suffered huge losses, roofing of the houses have blown with the winds luckily no one is hurt informed another local.

Most of our dwellings are old and this type of winds cause lot of damage to the structures he added
“We have been persistently demanding a retaining wall since last 15 years to safeguard the shore, agricultural plantation and the houses nearby but the authorities didn’t even come to inspect the beach once” Raikar lamented.
Since other beaches of the taluka are resourceful

interms of tourism and more people reside there, the focus is on those beaches and that’s why we are meted with step motherly treatment Raikar said.