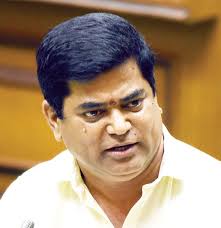 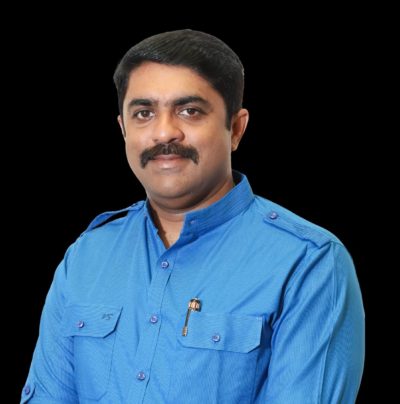 Goemkarponn desk
MARGAO: Following the huge gathering of the crowd to protest the Old Goa illegal construction near St Cajetan church, which falls under the heritage zone, a sort of blame game has begun between the present and former TCP ministers of the State over granting of permission.
On Thursday, Dy Chief Minister and the Minister for Town and Country Planning, Babu Kavlekar, blamed a former TCP Minister in a vague statement for granting permission to the illegal construction at Old Goa.
However, Goa Forward president and former TCP Minister Vijai Sardesai clarified that it was late Francis D’Souza’s tenure that the permission was granted.
Kavlekar, speaking to reporters at Ravindra Bhavan, said that “a former TCP minister gave permission for illegal construction at Old Goa”.
Kavlekar said that the permission would be revoked within a few days.
“I don’t want to blame anybody, but we will revoke the permission granted soon,” said Kavlekar.
Kavlekar’s statement went like wildfire on social media and netizens started blaming the Goa Forward Party and
Vijai Sardesai for granting permissions.
In a bid to clarify the indirect allegations on him, Sardesai addressed a press conference in Margao and stated that he just wanted to clarify the “vague” charges.
“TCP Minister Babu Kavlekar said that a former minister gave permission for the house in Old Goa. The minister intentionally kept the “former minister” vague, and in a way, he is trying to insinuate that the previous minister could have been me, who was behind giving permission to the illegal structure coming next to the St Cajetan church in Old Goa,” he said.
Sardesai added, “I am here not to politicise the issue but to clarify the same.”
He said that because the TCP minister made a very vague statement saying that a former minister is giving permission, he has to clarify.
“As he may be blaming me. I am here to clarify my stand,” he said, adding “I have found out the details of permission.”
He explained that since this site comes from the conservation committee, the committee approval was given on 7th October ober2016.
“Subsequently, in 11 days, technical clearance was given by the TCP on 18th October 2016. As per my inquiries, the initial permission was given to Jose Marie de Gouveia Pinto when the BJP government under Laxmikant Parsekar and not the coalition government of Manohar Parrikar, which was ruling Goa,” he said.
He said the permission was given during the tenure of late Francis D’Souza as TCP minister in that BJP government.
“I am not making allegations against Francis D’Souza as he is not here with us to clarify, and it would be in bad taste,” he said.
“GFP formed a coalition government in March 2017, five months after the permissions were issued,” he said.
On the issue of the house in Old Goa and link to GFP, former treasurer Suraj Lotlikar said the issue came to be reported in media in May 2021.
“In June 2021, Suraj Lotlikar was asked to step down as the office bearer of the Goa Forward Party,” he stated.
Sardesai questioned the structure’s construction began when Babu Kavlekar was the TCP minister; why didn’t he stop that?
“A similar issue had happened in Curca near a 450-year-old Church wherein the licence was not issued by me.
But as a minister, I felt it threatened the church and revoked the permission even before the construction began. If Babu Kavlekar wanted, he could have revoked the permission. Where there is a will, there is a way,” he said.
Sardesai further also challenged Babu to show the file notings and licences and prove which minister he is talking about.
“There was an attempt to tarnish my image and that of Goa Forward Party. If Suraj Lotlikar has taken land and sold it illegally, the judiciary can penalise, and the onus is on the Govt to prove illegalities,” he said.