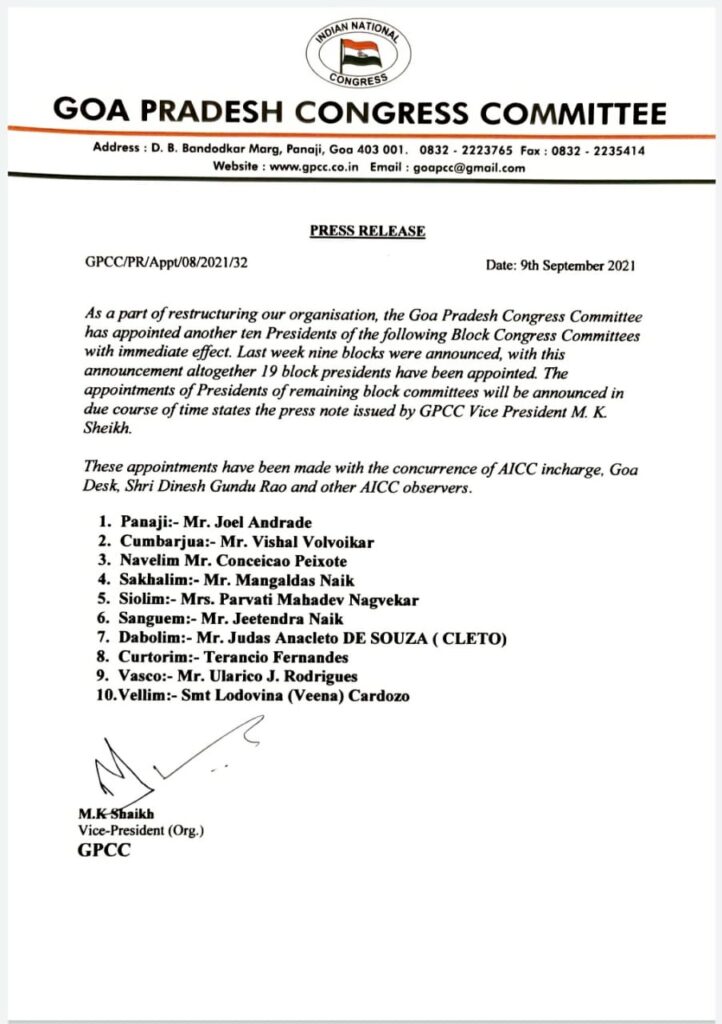 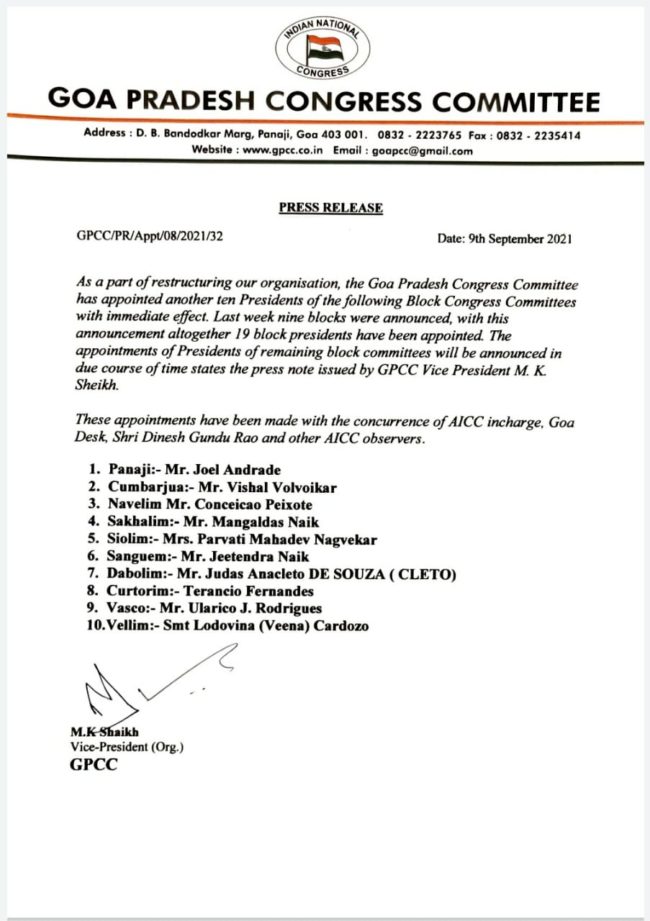 As a part of restructuring our organisation, the Goa Pradesh Congress Committee has appointed another ten Presidents of the following Block Congress Committees with immediate effect. Last week nine blocks were announced, with this announcement altogether 19 block presidents have been appointed. The appointments of Presidents of remaining block committees will be announced in due course of time states the press note issued by GPCC Vice President M. K. Sheikh.

These appointments have been made with the concurrence of AICC incharge, Goa Desk, Shri Dinesh Gundu Rao and other AICC observers.