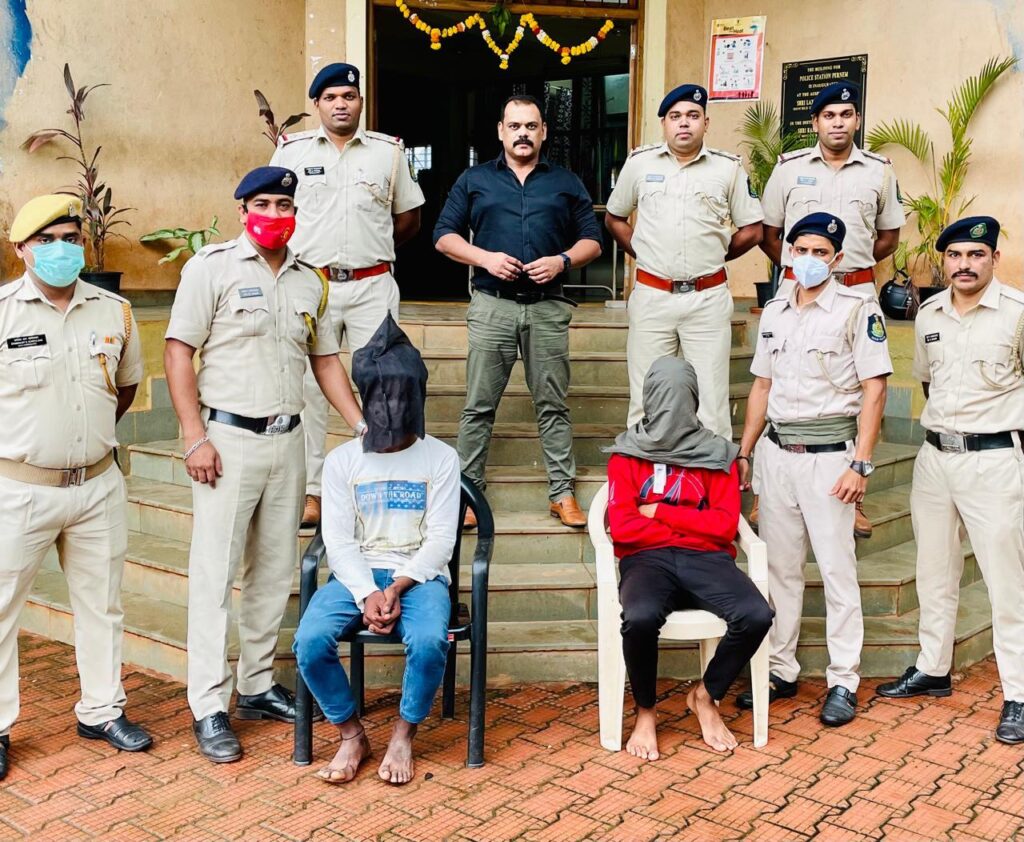 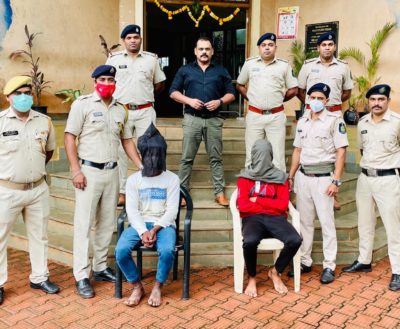 In a swift action taken by Pernem Police Station, a gang involved in mobile snatching has been busted from Haveri Karnataka.

It may be re-called that on 17.07.2021 a series of mobile snatching took place across Goa wherein two motorcyclists snatched mobiles and one such incident took place at Dhargal Pernem Goa in which complainant Shri. Mahadev Yallapa Kaur R/o Mahakhajan Dhargal Pernem Goa was standing at Mahakhajan Dhargal Pernem Goa bus stop and suddenly one motorcyle stopped near him asking road to Belgaum. While having conversation, pillion rider snatched away the mobile from the complainant and proceeded towards Patradevi side. By this time police control room had received information regarding similar incident of snatching in different parts of Goa. Pernem police Station immediately registered offence vide No. 106/2021, U/s 356, 379 t/w 34 IPC and took up the investigation.

Since accused had proceeded towards Maharashtra, PI Pernem Shri. Jivba Dalvi contacted PI Banda PS and PI Sawantwadi PS to track the M/Cycle with rider. Similar offences were also committed at Sawantwadi. Intensive technical surveillance and local intelligencd was mounted. This resulted in the identification of both accused and the motorbike. Accordingly a team rounded up both the accused from Haveri Police Station. During the further course of investigation police successfully recovered the mobile snatched of complainant in Pernem PS crime W/Rs. 11, 000/- and also recovered two more mobiles of Oppo & Vivo make. Also Bajaj NS M/Cycle bearing No. KA 27 EP 1693 was also recovered which was used to commit the crime. Both accused are identified as *1.Sudip s/o Kanhapa Haweri,age- 19 yrs, r/o Nagendramathi, Haveri, Karnataka and 2.Siraj s/o Husensab Motebenur, age- 19 yrs, r/a Nagendramati, Haveri, Karnataka* .

Further investigation is in progress under the supervision of SDPO Gajanan Prabhudesai and SP North Shobit Saxena, IPS.