5 persons, including one kayaker, rescued over the weekend in Goa 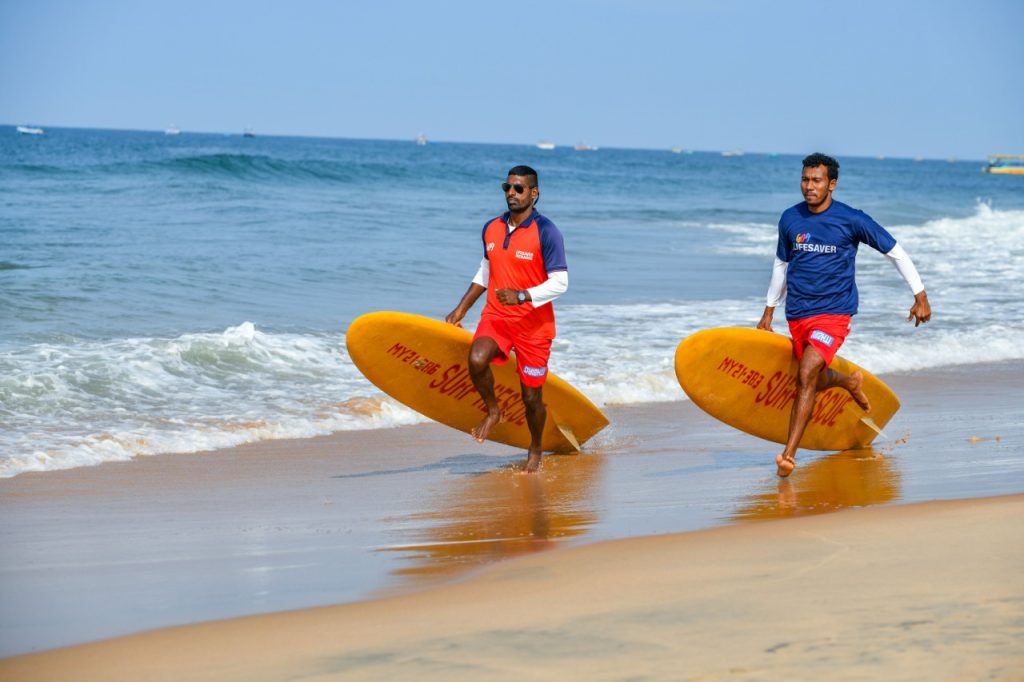 PANAJI: Five rescues were reported on Goa’s coastal belt, including one involving a kayaker from Kolkata, who was rescued off Palolem beach, while a double rescue was reported off Calangute beach. Lifesavers are stationed along the shoreline to ensure the safety and security of beachgoers.
Lifesavers stationed at Calangute beach urged two male residents from Hyderabad, aged 23 and 30, to avoid going into the sea. Despite the lifesavers’ efforts to warn them, the two were caught in a powerful rip current, endangering their lives. Siddhesh and Sujan, Lifesavers, were alerted to the incident and rushed to their rescue. The duo was successfully carried back to shore with the help of a rescue tube and a surfboard.
Palolem beach witnessed the rescue of a 30-year-old male from Kolkata. The person was kayaking when he lost control, leaving him in distress. Pandurang, a Lifesaver on duty, saw a sudden commotion in the sea and left the shore on a jet ski to rescue the man.
A 38-year-old male from Delhi found himself at the mercy of rough rip currents at Anjuna beach. The male was part of a group that ventured in the deeper sections of the water. The group began to separate as the current pulled them further away from each other. Krishna, the Lifesaver on duty, rushed to ensure the situation was under control. The man was engulfed by a huge wave leaving him struggling to swim back to shore. A surfboard was used in this rescue.
A 25-year-old female from Pune was found stranded on the rocky sections at Sinquerim beach. The incident was brought to the notice of the Lifesavers at the time of the beach closure. They noticed a woman signalling to them her unwillingness to swim back to shore from the rocky outcropping due to her fear of injury. Rameshwar, a Drishti rescuer, utilised a rescue tube to ensure the woman was safely returned to shore.